The crypto war between US and china just started today 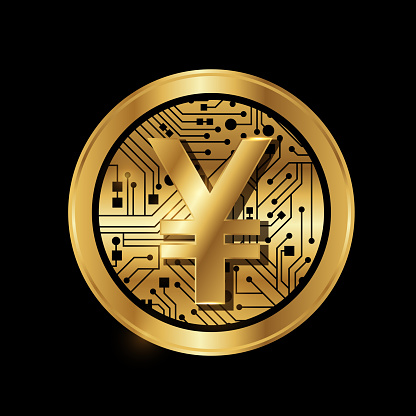 China is the first major economy to issue a blockchain-enabled, digital version of its currency, the yuan, and this development has some in Washington worried that the U.S. dollar’s status as the global reserve currency is under threat.

”In a feature that describes the digital yuan as “a re-imagination of money that could shake a pillar of American power.” Josh Lipsky of the Atlantic Council said to the Wall Street Journal and also noted “Anything that threatens the dollar is a national security issue. This threatens the dollar over the long term,”

In fact China certainly has reason to chafe at a global economic order wherein nearly 90% of foreign-exchange transactions involve dollars and where more than 60% of all global central-bank reserves are held in dollar-denominated assets, when the U.S. government has increasingly leveraged this reality in order to sanction countries and companies it sees as acting contrary to its national interest.

However, while China has geopolitical incentive to unseat the dollar as the world’s reserve currency, it’s not clear that a digital yuan will support that goal, according to Eswar Prasad, a former head of the International Monetary Fund’s

Prasad said there’s a chance that a digital yuan will threaten the U.S. dollar’s role as the global reserve currency, which is dependent on the unrivaled size and liquidity of U.S. debt markets, the flexibility of the dollar’s exchange rate, laws that enable capital to freely enter and exit the country, and an institutional framework of checks and balances, an independent judiciary and central bank.

Prasad noted “While China has made strides in developing its financial markets, allowing the value of its currency to be set by market forces and allowing capital to flow more freely, there’s little reason to expect it to quickly adopt the sort of Western institutions that global investors seek out as an environment for protecting their savings”.

The Federal Reserve is currently studying the idea of a digital dollar, but Chairman Jerome Powell has said it won’t move without first winning the support of a large majority of the American public and Congress. In March, Powell said that “Because we’re the world’s principle reserve currency, we don’t need to rush this project — we don’t need to be first to market.”

Americans already use digital currency for most of their purchases. In 2018, they used physical dollars for just 26% of transactions, versus 62% with digital currency, which includes credit cards, debit cards and bank transfers, according to the Fed.

Now most Americans believe that the local bank that manages your savings account could fail at any time and the dollars in your account would disappear while A Fed “e-dollar” would persist as long as the U.S. government does.

More important, an e-dollar could pay interest. The idea that cash should pay interest dates back to monetary economist Milton Friedman, who argued in 1969 that the most efficient monetary system would be one in which cash bears interest equal to that of short-term government bonds, to encourage greater use of the dollar.

In good times, earning interest on your e-dollars would simply make everyone a little richer, but in times of crisis it could also be used to institute negative interest rates, essentially a tax on holding cash. Such a policy would likely strike Americans as governmental overreach, but, the alternative is worse.

How would it work?

The Federal Reserve already issues digital dollars, but only banks can use them. They’re called “bank reserves,” and this form of digital currency received a great deal of attention over the past decade for its role in the Fed’s quantitative-easing program, with the Fed buying government bonds from banks and giving them newly created digital bank reserves in return. Banks can settle debts among themselves using this digital currency, but it never circulates in the consumer banking system.

The Fed could implement the e-dollar is by simply allowing any American to open an account at the Federal Reserve, where other forms of money, like a check from an employer or a deposit at a private bank, could be exchanged in e-dollars.

An e-dollar system could be engineered so that payments are nearly instantaneous and costless,  This would be a major upgrade for many Americans, who now pay hefty fees for wire transfers. Newer payment services such as Venmo and Google Wallet, meanwhile, rely on automated clearing house, or ACH, exchanges that often take days to process money transfers.

But given the risk that an e-dollar could significantly harm the banking system, proponents of a central-bank digital currency say the safest approach would be to allow supervised commercial banks to offer specially designated accounts for it.

While the Federal Reserve is unlikely to issue e-dollars anytime soon, it will surely be watching digital-currency experiments undertaken by central banks around the world.

The National Bank of Cambodia is issuing its own blockchain-based digital currency to make its underdeveloped banking and payment system more efficient. The currency will be usable both on private mobile payment applications and commercial bank accounts, giving its underbanked population access to safer and more secure forms of payment. The Bank of Canada, the Bank of England and Norway’s Norges Bank have also been seriously studying the issue. Sweden appears closest to adopting its digital currency, the e-krona, after its parliament set up a formal inquiry into the question.

Behind all of that we can see the main concern:” China may be using bitcoin as ‘financial weapon’ against U.S”.

China would like to see two global reserve currencies, rather than the dollar being the default reserve currency. But China doesn’t want its renminbi to fill that role, and in the past has used the euro “in part” as a weapon against the dollar. That hasn’t worked, so now China is trying to elevate bitcoin.

China recently launched a blockchain-enabled, digital version of its currency, the yuan

Now we have to look forward for what the new E yuan could do as a new cryptocurrencies related to one of the big economic nation, this may attract a lot of investors and even peoples to invest, transfer, cash out and even use it in the global trading this may withdraw some values from the US dollar and may threaten US dollar as global trading base currency

Moreover China announced the digital yuan will be in use during the 2022 Winter Olympics, a high-ranking officer at the People’s Bank of China has revealed and also confirmed that the four top banks will be in charge of its distribution.

The markets are currently living in a state of instability, as the US dollar is still afraid to return to trading around the 2021 low at 89 again after it failed more than once to rise above 93.5, which keeps the chances of a decline great. The decli...

Forget stocks, gold and currencies pairs while all the action is in Coinbase stock today

As Coinbase, the cryptocurrency exchange, goes public on Wednesday, we did our research job trying to anticipate where we are going with coinbase stock now   With retail investor ranks swelling, there’s growing allure in finding and...

The markets are currently living in a state of instability, as the US dollar is still afraid to return to trading around the 2021 low at 89 again after it failed more than once to rise above 93.5, which keeps the chances of a decline great. The decli...

Forget stocks, gold and currencies pairs while all the action is in Coinbase stock today

As Coinbase, the cryptocurrency exchange, goes public on Wednesday, we did our research job trying to anticipate where we are going with coinbase stock now   With retail investor ranks swelling, there’s growing allure in finding and...

you successfully registered for lecture

Submit reports to the system